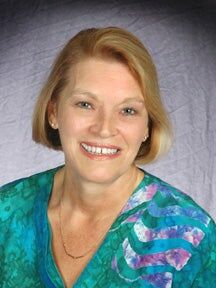 Marianne loves working with people and looks forward to helping with your real estate needs.

Marianne is an expert in residential resales in Port Charlotte, North Port, Punta Gorda, Deep Creek, Lake Suzy and Englewood, working with both buyers and sellers.

She was born in Marion, Ohio and has a B.S. Degree from Ohio State University and attended graduate courses at Ohio State and the University of Missouri.  She moved from Ohio to Kansas City, Missouri in 1987, when she was promoted by Western Auto Supply Co. She became Director of Credit Card Operations until the company was dissolved in 1997. In '98 she began working for Yellow Freight Corporation as a Collection Manager. Marianne served as secretary on Board of Directors for Consumer Credit Counseling in Kansas City, was a 5 year Board member and past President of Credit Association of Greater Kansas City.

She has been a resident of Port Charlotte since 2003.

Thank you for your inquiry.